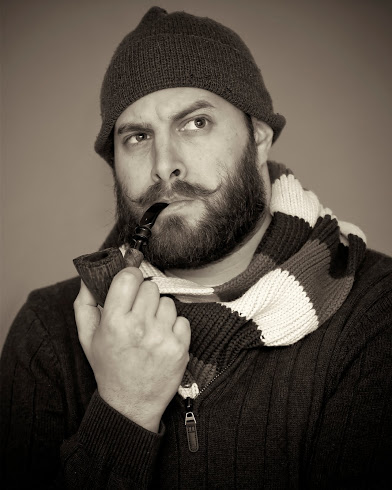 Mr. Todarello spent his formative years hunting the elusive Yeti in the peaks of the Himalaya Mountains, only to return with a tuft of greyish hair and a few coprolites. He then began to meticulously recreate the experiments of Nikola Tesla in the abandoned warehouses of Redhook, Brooklyn. After passing through a wormhole in spacetime, Mr. Todarello knew how to play the Moonlight Sonata on the oboe without ever having picked up a woodwind in his life.

Vincent recently returned from the first manned space mission to the moons of Saturn, where he covertly provided aid and leadership to a fragmented but determined rebel force which later dislodged the entrenched, tyrannical Zang Jankfu regime in a bloody coup. Next, he plans to descend deep into the Marianas Trench to Sea Lab Alpha-437 to continue his study of bioluminescence and bioelectricity in giant squid populations. He left this vitally important work largely unfinished, despite major breakthroughs and new discoveries, in order to pursue his passion for writing.

More accurately, Vincent grew up in a loving family in Suffolk County on Long Island. He studied biology in undergraduate school, and later became a patent attorney after graduating law school in Manhattan. He is happily married and still resides in New York. He spends his free time writing and working on his photography.

Vincent does all his own cover art, illustration and graphic design. When not working, writing, or shooting photos, Mr. Todarello is usually eating steak in and around Manhattan with his lovely wife. He’s eaten so much steak, that he has created a thorough review website that ranks steakhouses on a rigorous 100-point scoring system according to 10 categories.