Browse: Home » Published Works » The Return of the Fifth Stone

The Return of the Fifth Stone is BOOK ONE of the Stones of Haaret series.

Valdren, the sole Haareti with the blood of the four races, is a formidable warrior, only he doesn’t know it yet. For his protection, Valdren’s parents kept much from him: the volatile world beyond the farms, the rich yet tormented history of the lands, his background, his destiny. He was just becoming an adult when his parents, the leaders of a fragile rebellion, were captured by Scievah, the evil and ancient being who rules Haaret. Valdren goes into hiding with his eccentric neighbor Patreus, who says that Scievah was looking for Valdren. But why? Why was he, a young man with a quiet and simple existence, a target of Scievah? In Patreus, Valdren begins to find some answers…

“This book is complex and brings the reader into a well developed land where things are not what they seem. This is a great coming of age story set in a very unique world. The protagonist goes from sheltered youth to the embodiment of a prophecy and the loss of his family. I can’t wait to read the rest of the books in the series.” – Makaio 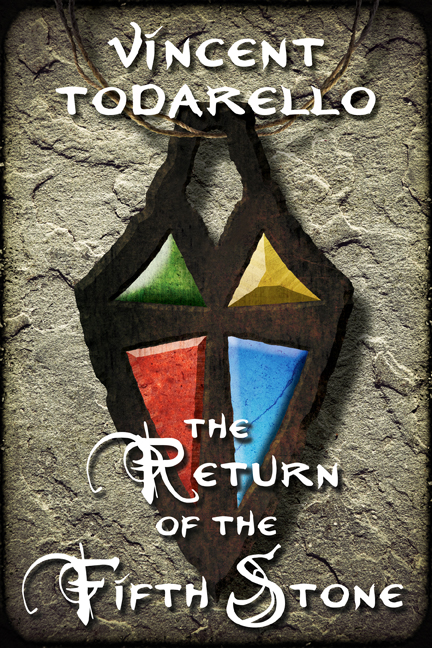 Haaret is inhabited by four peoples: humans of the land, mole people of the underworld, mermen of the sea, and winged people of the clouds. When the four realms were created, a power stone was placed in each to sustain them. Scievah stole one of the stones to harness its force. As a result the realms began to fall apart, and people succumbed to Scievah’s temptations to obtain the stones’ alluring powers. The other three stones were hidden, but Scievah searches fervently for them in an unstable world where the secret rebellion awaits signs of a prophecy in hopes to challenge his rule and restore peace and stability to Haaret.

When Valdren begins to fulfill that prophecy, he and Patreus’ family embark on a dangerous journey to convince others in the rebellion to prepare for battle. But they are met with opposition. Scievah’s spies have infiltrated the rebellion, causing a schism while his horde of barbarians attacks relentlessly, thinning the rebellion’s numbers and shattering their morale. Although Valdren’s powers grow, so too do his doubts of success. And when Valdren learns that Scievah’s demise will only come at a great personal cost, he struggles with the sacrifice he is meant to make, especially in light of his budding love for Patreus’ daughter.

Outnumbered and overpowered, Valdren and the remains of the rebellion resolve to stay the course, but will they be able to stop Scievah if Scievah obtains another power stone?